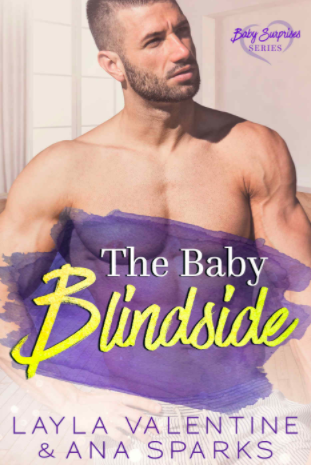 He’s a bad-boy quarterback in need of an image overhaul.
Having a baby with his PR advisor wasn’t part of the plan!

I’m an all-star. A football hero. A household name.
But my reputation precedes me.
After one too many drinks and one-night-stands.
The public sees me as a bad boy. Reckless.
And my sponsors don’t like it one bit.
I’m one scandal away from being off the team.
And now, the kicker. A sex tape that’s gone viral.

I did what anyone would do and hired a PR pro;
A hot, sassy spin doctor who’s amazing at what she does.
How the hell could I resist her?
Only now I’ve got a problem.
She’s pregnant.
And the kid is mine!

The Baby Blindside book is a re-issue of our previously released book, then titled His Surprise Baby. It features an added epilogue, previously available exclusively to subscribers. It is the seventh book in the Baby Surprises series.